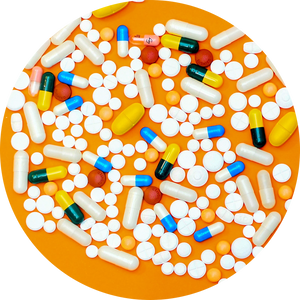 How Losartan May Help Erectile Dysfunction

Two of the most common medical conditions affecting older men are diabetes and high blood pressure (hypertension). They're also two of the most prominent risk factors for developing erectile dysfunction, which nearly 30 million men in the United States routinely deal with.

When it comes to treating erectile dysfunction in guys with diabetes and hypertension, it can be difficult to safely combine medications for both settings. However, research suggests that losartan, a common medication for high blood pressure, may also help to alleviate the symptoms of erectile dysfunction.

What Is Erectile Dysfunction?

Erectile dysfunction is the clinical term for difficulty either achieving or maintaining an erection that's firm enough for penetrative sexual intercourse. While largely the result of physical conditions relating to the cardiovascular and circulatory systems, it can also be caused by psychological issues.

Some of the most common causes and risk factors for erectile dysfunction include:

Erectile dysfunction can be a tricky condition to diagnose as it does happen naturally from time to time for most men; however, when its frequency shifts from occasional to the norm, it may be an indicator of one of the underlying medical conditions above.

Due to the fact that erectile dysfunction has so many distinct causes and contributing risk factors, there is no singular cure. But effective medications that alleviate the symptoms of ED do exist, and many are available as cheap generics today.

How Is Erectile Dysfunction Treated?

Depending on the cause of your erectile dysfunction, treatment can vary. For example, if your ED is brought on by stress or depression, counseling or therapy may be the best treatment approach. If your ED is the result of a physical condition, however, you've got options.

Whether using sildenafil (Viagra®), tadalafil (Cialis®), or vardenafil (Levitra®), results are typically the same for most men: an erection that's firm enough for sex about 30 minutes after ingestion. Typically, these effects last for 2-4 hours, though dose may increase or decrease this time period. Cialis is also known for being active in the body over 36 hours: it's called the "weekend pill" as a result.

One of the more popular alternatives to prescription medications are vacuum penis pumps. These devices are long empty cylinders that contain a battery-powered or hand-powered pump to pull air out of the cylinder. They work well for many men and are relatively inexpensive.

The process is simple:

1. Insert your penis into the empty cylinder and make sure the end creates a seal at the base of the penis.
2. Use the pump to remove the air in the tube, creating a vacuum within the cylinder.
3. This effect will bring a rush of blood into the penis, filling it with blood as with during a normal erection.
4. Once erect, remove the cylinder. Many men use a constriction band to keep blood in the penis.

While this band will help to keep blood in the penis, it should only be used for around 30 minutes. Longer use could cause nerve damage and worsen ED in the future.

When oral medications are too dangerous due to underlying medical conditions, some people opt for injections directly into the penis. The goal is to deploy some of the same mechanisms but at the precise site rather than systemically.

Using a tiny needle, a mixture of the medications alprostadil, phentolamine, and papaverine can be injected directly into the base or side of the penis.

These medicines have a similar effect to PDE5 inhibitors and relax key muscles while expanding blood vessels, resulting in increased blood flow to the penis. The results generally happen much faster than with oral medications, though they don't last as long. It may take as little as five or 10 minutes for the medicine to take effect, and the effects last for an hour or two.

Losartan is a prescription medication that's primarily used to treat high blood pressure (hypertension) but is also used to help protect the kidneys from damage related to diabetes. It’s known to help reduce the risk of experiencing a stroke or heart attack in people with high blood pressure or an enlarged heart.

Losartan is an angiotensin receptor blocker, often called an ARB.

It was the first angiotensin II receptor antagonist, and is currently sold by Merck & Co. under the brand name Cozaar®.

Angiotensin II antagonists work by blocking certain receptors that the angiotensin hormone normally activates in the body. Doing so prevents blood vessels from dilating or constricting, allowing them to remain relaxed and improve the flow of blood throughout the body. This not only reduces overall blood pressure, but it can ease strain on the heart, increasing blood supply and oxygen.

The most popular brand of losartan is Cozaar, available as an oral tablet, liquid, or injection. Dosage typically starts at 50 milligrams once daily but may be increased or decreased as needed. The other doses are generally 25 milligrams and 100 milligrams.

Losartan is largely considered to be safe, but just like any medication it has potential side effects. Some of the most common side effects of losartan include:

More serious side effects are rare and could be an indication of an allergic reaction that requires medical attention. If you experience any of these symptoms, call a doctor or 911:

Both medications focus on improving the flow of blood by relaxing blood vessels. For this reason, it’s no surprise that several studies have indicated an improvement in sexual function for men taking losartan.

What was surprising was that after 12 weeks of treatment with losartan, 88% of these men reported an improvement in one or more areas of sexual dysfunction. The overall sexual satisfaction increased from 7% to 58%, and individuals reporting a "high" frequency of sexual activity increased from 40% to 63%.

Another study of 124 diabetic patients experiencing erectile dysfunction split these men into four groups, with one group receiving losartan, one receiving tadalafil (the active ingredient in Cialis), one receiving a combination of both treatments, and the last receiving neither as a control. While the group given the tadalafil experienced better results for erectile dysfunction than the group on losartan, the results concluded that losartan was effective and well-tolerated in mild and moderate cases of erectile dysfunction. The group that was given the combination of both had the highest positive impact, by a significant amount, which further supports that conclusion.

While losartan does seem to have an improvement on the erectile function of its users, it is not approved as a standalone treatment for erectile dysfunction. Losartan may help, based on published research, but PDE5 inhibitors like sildenafil and tadalafil are the most popular, FDA-approved medications for ED.

Curious if Viagra or Cialis are right for you? They're easier to order than ever thanks to telemedicine platforms like Rex MD, and they're more affordable thanks to cheap generic versions available today. Click here to start your free consultation today. 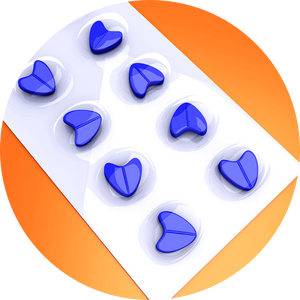 Most people are familiar with Viagra, but Cialis (tadalafil) has seen a steady rise in popularity over the years for good reason. Despite our best efforts, sometimes guys need a little help in the bedroom. Here are the top sex pills proven to restore that youthful energy and performance. Can Cock Rings Help With ED? The Benefits of a Penis Ring

Cock rings can improve pleasure, sensation, and even the symptoms of erectile dysfunction for some men.